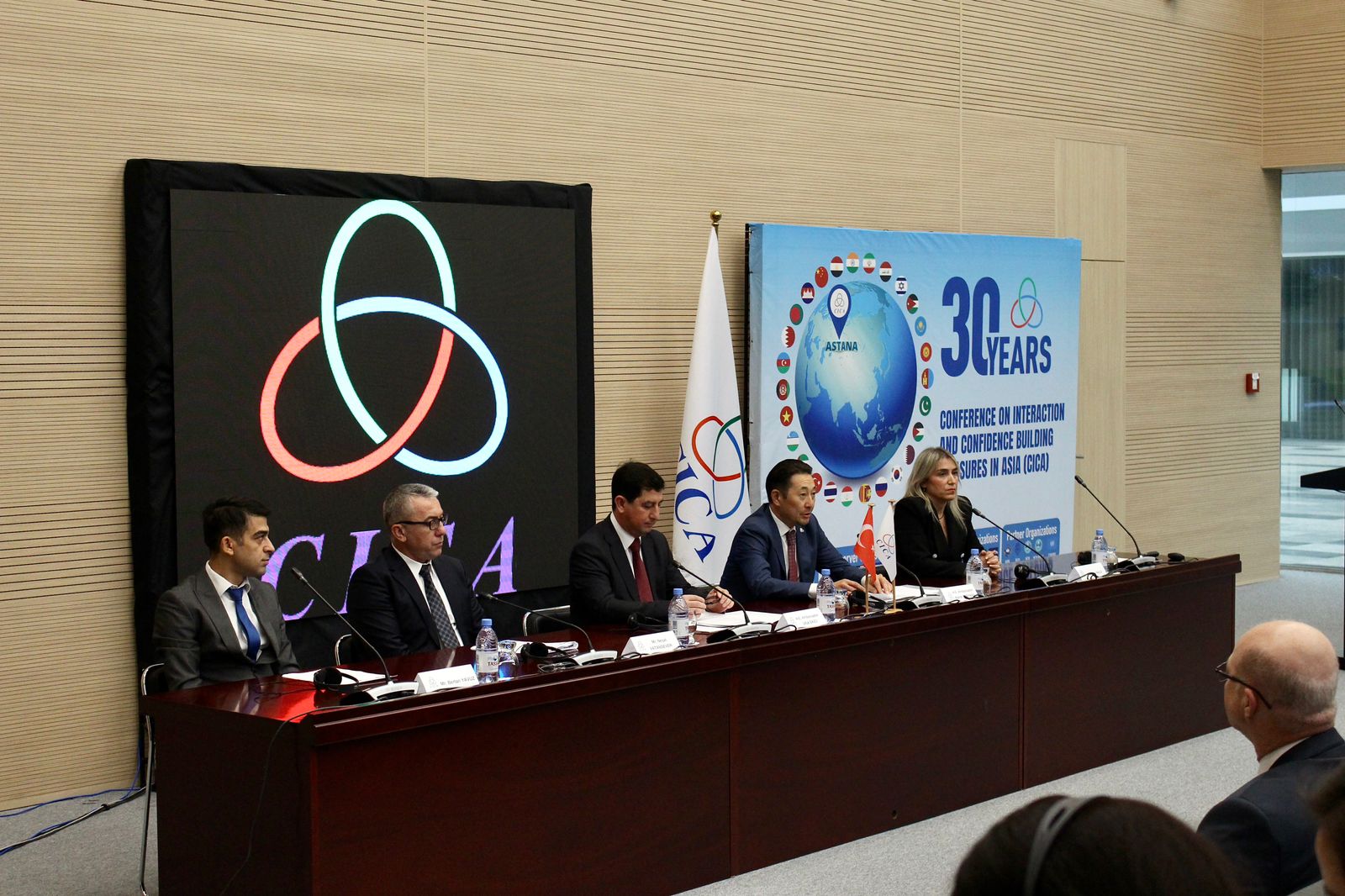 A five-day seminar entitled “Combating Forgery of Documents to Prevent Human Smuggling and Illegal Migration” started at the headquarters of the Secretariat of the Conference on Interaction and Confidence Building Measures in Asia (CICA) on 26 September 2022. The training course is conducted by the Turkish National Police (Department for Counter Migrant Smuggling and Border Gates (Ankara), with the support of the Academy of the General Prosecutor's Office of the Republic of Kazakhstan.

The target audience of the seminar are mid-level law enforcement officers of the CICA Member States. In addition to officers from the MIA, NSC, and General Prosecutor's Office of Kazakhstan, the seminar was attended by specialists from Azerbaijan, Qatar, Kyrgyzstan, Uzbekistan, Russia, and Türkiye.

The purpose of this course is to improve the skills in identifying forged documents when crossing the state border in order to prevent illegal migration and human smuggling. Trainers from the Turkish National Police, who have professional experience in the Netherlands, Germany, Greece, Bulgaria – countries facing a large flow of illegal migration, will share their experience, techniques and tools for identifying forged documents used to cross state borders illegally.

In his welcoming remarks, CICA Executive Director Ambassador Kairat Sarybay noted that CICA currently unites 27 Member States and covers over 90 percent of Asia, generating about two-thirds of the global GDP.

CICA's philosophy is to implement specific confidence building measures to improve mutual understanding, which is a fundamental prerequisite for global security cooperation among 27 Member States.

The Ambassador stated that CICA is on the verge of starting transformation into a full-fledged organization, which will be launched at the Sixth CICA Summit to held on 13 October in the capital of Kazakhstan. 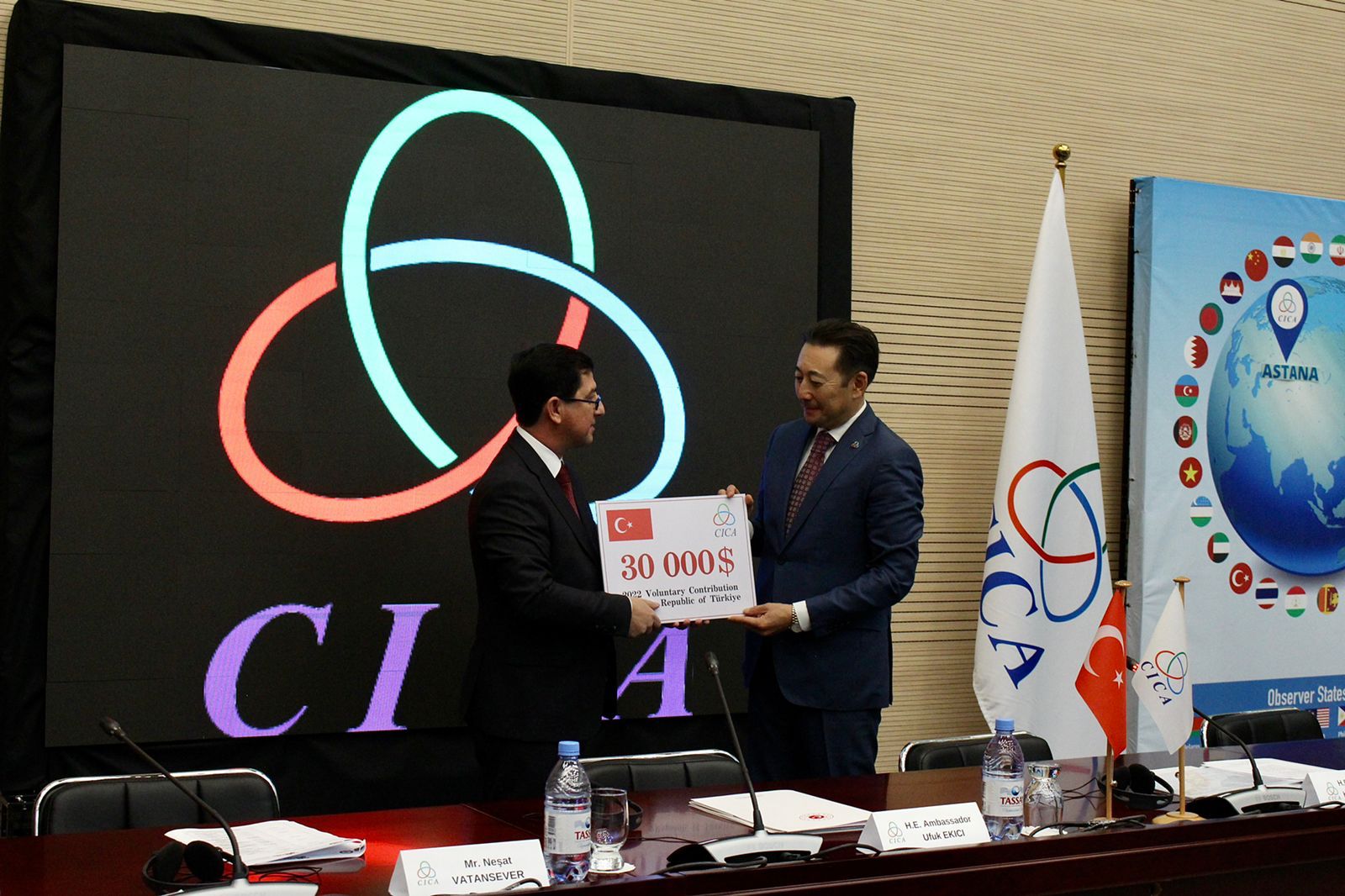 The CICA Executive Director highlighted Türkiye's contribution to providing real substance to the work of CICA. Türkiye is the Coordinator of the CICA confidence building measures in the priority area “New Challenges and Threats” and in this capacity regularly conducts professional courses for law enforcement officials, sharing national best practices with its CICA partners.

The purpose of this course is to combat forgery of travel document that leads to illegal migration, vast sums of unpaid taxes, increased criminalization of the population, spread of dangerous infectious diseases, and low standards of labour relations.

Moreover, Türkiye is the Co-coordinator of the CICA confidence building measures in the Military-political Dimension, as well as in the areas of “Development of Small and Medium Enterprises” and “Trade and Investment”. Ankara shares its best practices at the CICA Business Council and Business Forum. Türkiye initiated the adoption of the Plan of Action on the Implementation of the United Nations Global Counter-Terrorism Strategy.

Ambassador Extraordinary and Plenipotentiary of Türkiye to Kazakhstan Mr. Ufuk Ekici participated in the opening of the seminar. He noted that Türkiye intended to continue working consistently to institutionalize CICA and provide real substance to its work. During the ceremony, Ambassador Ufuk Ekici made a voluntary financial contribution of 30,000 US dollars to the CICA budget. Ankara has contributed a total of 935,000 US dollars to CICA since 2007, and also chaired CICA for two terms from 2010 to 2014. 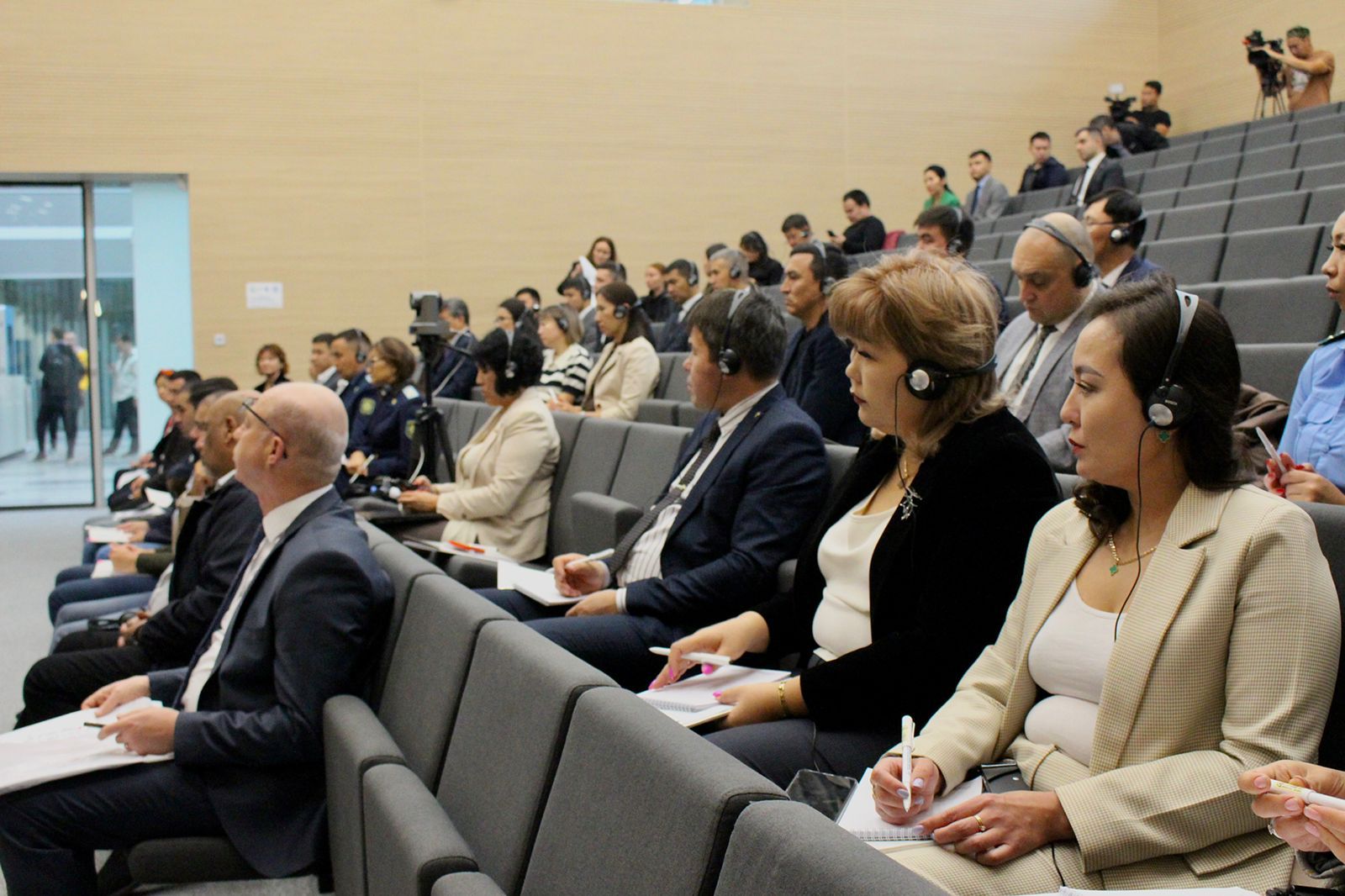 Following the five-day seminar, its participants will receive a certificate issued by the Ministry of Interior of Türkiye.