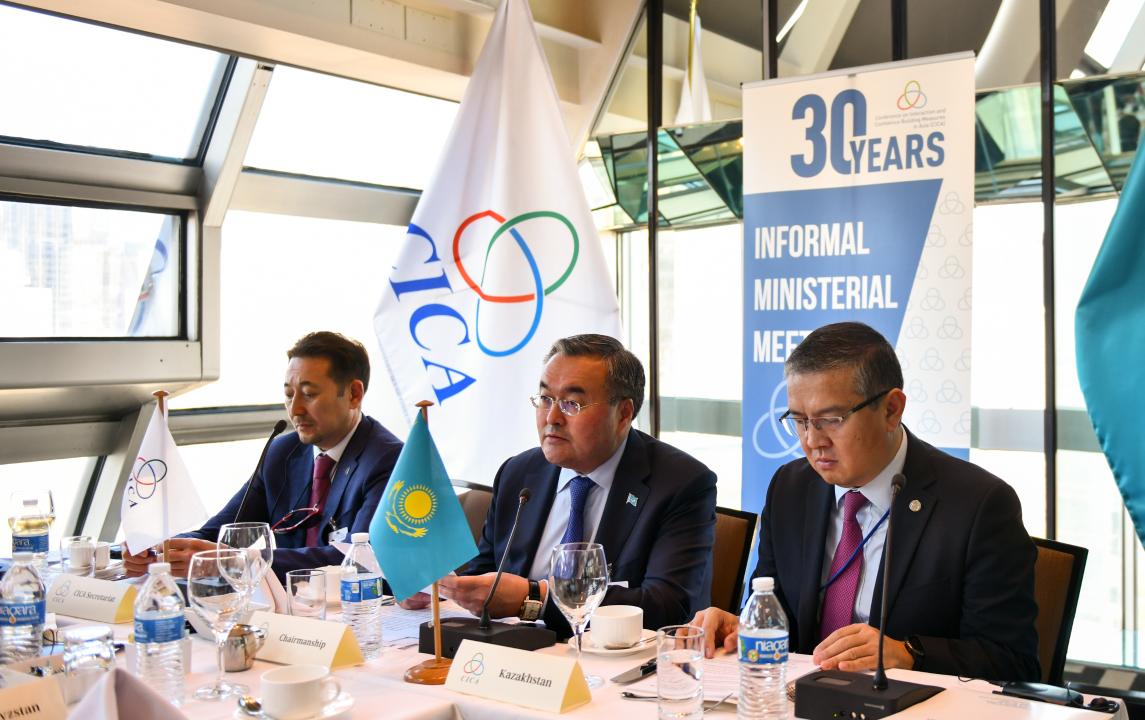 An informal ministerial meeting of the Conference on Interaction and Confidence Building Measures in Asia (CICA) was held on the sidelines of the UN General Assembly under the Chairmanship of Kazakhstan, which was attended by the Foreign Ministers of the CICA Member States. The meeting focused on the preparation for the Sixth CICA Summit, which will be held on October 12-13 this year in Astana.

Opening the meeting, Deputy Prime Minister - Minister of Foreign Affairs of Kazakhstan Mukhtar Tileuberdi noted the importance of the upcoming CICA Summit, which will launch the transformation of the Forum into a full-fledged international organization, and expressed gratitude to the Member States for supporting this initiative.

The participants discussed the final documents planned for adoption at the upcoming Summit, including the draft of the main final document of the Summit, the Regulations on the CICA Fund, CICA Leaders’ Statement on Cooperation in the Field of Security of and in the Use of ICTs and CICA Plan of Action on the Implementation of the UNGCTS, etc.

In addition, an exchange of views took place on the prospects for further institutional development of the CICA and practical steps to advance the transformation process of the organization.

During the event, the Executive Director of the CICA Secretariat, Kairat Sarybay, informed the participants about the main organizational and protocol issues of the upcoming Summit.

The participants agreed to continue active joint work within the framework of the Forum in order to successfully conduct the Sixth CICA Summit.

Source: official website of the Ministry of Foreign Affairs of the Republic of Kazakhstan